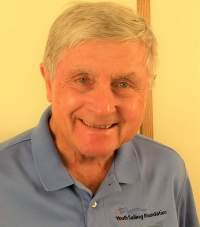 Stu Keiller joined Youth Sailing Foundation April 1, 2016, bringing with him a strong background in sailing, business and leadership. A graduate of Dartmouth College and the Tuck School of Business Administration at Dartmouth, Stu was a Naval Reserve Officer Training Corp scholarship recipient and served in the Navy on destroyers deployed worldwide. Billets included navigator, nuclear weapons officer, senior watch officer and acting Executive Officer. He continued serving in the Navy Reserve for twenty-two years, retiring as Captain after commanding a unit with fifty-five officers that deployed worldwide in support of the Military Sealift Command.

Stu spent forty years in the ski and tennis apparel business. He was President of AMF Head Sports Wear before co-founding Kaelin Sports Wear. As CEO he grew the company to a national brand, selling to over one thousand specialty and chain retail stores nationwide. After the sale of the company Stu consulted to the ski industry, pioneering the use of data mapping to analyze market share and unmask opportunities for growth. Stu served as Chairman of the Board of SnowSports Industries America, the trade organization representing the manufactures of ski equipment and apparel.

After moving to Maryland in 1976, sailing became the Keiller family’s passion. With a succession of cruising sailboats culminating in the acquisition of STAR, a Bristol 47.7, the Keillers cruised the East Coast from Nantucket to Vero Beach. After spending two winters at Loggerhead Marina in Grand Harbor, and several more ashore, Diane and Stu relocated to Vero Beach in early 2016.

Recent activities have included chairing a committee of Dartmouth alumni to raise funds and build a bunkhouse at Dartmouth’s White Mountain camp, and serving as President of the Eastern Shore Council of the Navy League of the United States in Easton Maryland.

As Executive Director, Stu oversees all operations at YSF, including day-to-day management of the sailing programs, management of the fund raising efforts, and liaison with community groups and businesses that support YSF. Stu reports to the Chairman and Board of Directors of YSF.

You can reach Stu at stu.keiller@ysfirc.org. 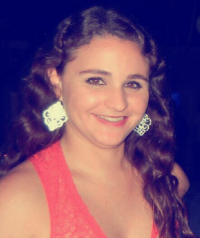 Jessica DiSandro joined the staff of Youth Sailing Foundation in June 2020 as the Executive Assistant. Jessica was born and raised in Vero Beach and attended Vero Beach High School, where she participated in the swim team and lacrosse team. In 2013 she graduated from the University of Florida with bachelor’s degree in marketing with a background in accounting. Jessica has obtained office administration and bookkeeping skills through previous jobs held in Vero Beach.

Growing up so close to the ocean and river, Jessica loves to spend free time at the beach, kayaking, paddle boarding, and fishing with her boyfriend. She also has two German Shorthaired Pointers, Utah and Porter, that keep her quite busy. They love to go on long hikes and swim where ever there is water.

Also volunteering at her church St. Helens, specifically the annual Harvest Festival, has been a part of Jessica’s life since she was a young child. There she helps set up the booths and assists her family with the fried dough booth during the festival.

You can reach Jessica at j.disandro@ysfirc.org 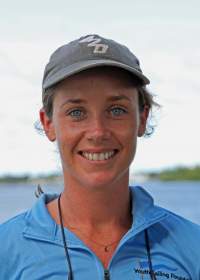 Youth Sailing Foundation of Indian River County is pleased to have Mary Morgan at the helm, serving the YSF as Sailing Director. Mary grew up sailing at the historic Riverton Yacht Club on the Delaware River. Starting in Sunfish, she quickly moved up to racing C-420’s. Mary worked as Sailing Instruction Manager at the Cooper River Yacht Club throughout her high school and college years. There she learned the skills required to plan and administer sailing instruction programs that included community sailing and outreach to inner city children from Camden and Philadelphia. Along the way, she became an accomplished sailor and racer.

Mary is a 2016 graduate of Rutgers University with a Bachelor of Science degree in Environmental and Business Economics. While at Rutgers, Mary was a member of the sailing team and member of the Alpha Zeta Honors and Service Fraternity.

You can reach Mary at mary.morgan@ysfirc.org. 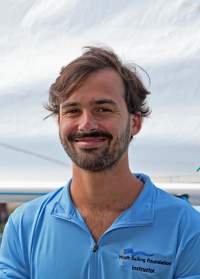 Will Monts joined the Youth Sailing Foundation staff in May 2020 as the Assistant Sailing Director. Will grew up sailing Optimists in Bluffton, South Carolina. He quickly began racing, first in Optis, and then moving into Lasers, Club 420s, and JY15s as he got older, participating in nearly every dinghy regatta in the Carolinas. Will also has experience racing as both a crew and skipper on many larger keelboats. Throughout his high school and college career, Will gained valuable experience as a sailing instructor at the South Carolina Yacht Club and the Hilton Head Island Community Rowing and Sailing Center, as a Sport Programs Manager at Clemson University, and as the Head of the Waterfront at Saint Christopher Camp and Conference Center on Seabrook Island, SC. While working in these positions, Will learned to design, implement, and evaluate goal-oriented sports programs that instill positive values in youth.

Will is a 2020 graduate of Clemson University, where he studied Parks, Recreation and Tourism Management, and Youth Development Programs. Will consistently earned places on the President’s List for Academic Performance, and graduated in May 2020 with honors.

You can reach Will at will.monts@ysfirc.org 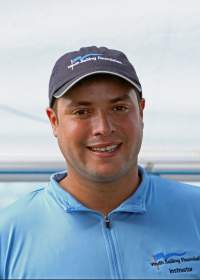 Roberto joined the YSF staff in August of 2020. He grew-up in Marina Del Rey California, began racing Opti sailboats at age 10 and continued to progressively higher levels of state, national and international competition. He competes at the international level in Star Class regattas. Roberto became a highly respected instructor and coach at the historic California Yacht Club. Over a six-year span, he built a racing program that sent sailors around the world to compete in regattas.

Roberto will instruct in the YSF’s Siebel Sailors Program and assist the Opti and JV programs.

You can reach Roberto at roberto.ayala@ysfirc.org 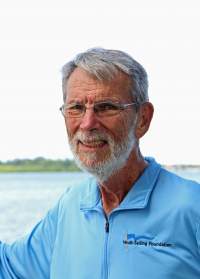 John B. “Jabbo” Gordon was in born in San Diego, California, but moved to Dunedin, Florida, at an early age. He graduated from Clearwater High School and the University of Florida. Gordon is retired from the U.S. Navy where he spent most of his career aboard submarines in the navigational field. He has been a US Sailing certified sailing instructor since 1995 and an instructor trainer since 1999.

Jabbo is a resident of Vero Beach and has a daughter, Jeannie, who lives in Redding, California. He has three grandchildren, two of whom are in the Navy.

Sailing Instructor Julia Butterworth recently moved to Vero Beach. Learning that YSF was the only sailing game in town, she dropped by to see how she could help. Julia managed sailing programs and instructed on the Neuse River, part of Pamlico Sound in North Carolina. A graduate of the College of Charleston and lifetime sailor, Julia stayed on in Charleston to start a business career working for a firm that provides enterprise software for nonprofits.

St. Edward’s School and YSF has just agreed to start a new program, and Julia stepped up as lead instructor. Assisted by two of YSF’s high school sailors who are US Sailing Certified Instructors, Julia will be teaching lower school sailors basic sailing skills.

You can reach Julia at julia.butterworth@ysfirc.org